Instead of redesigning standard features, pick comparable role models and copy theirs.

Most marketplaces have similar core functionality

Your platform is bound to have functionality in common with others, too. A checkout process, for instance.

It’s a waste of time to design them from scratch

Spending time on the design of interactions that others have already thoroughly thought out can be a serious waste of time.

Not only will you spend resources on doing it, but you’ll also probably do a worse job. This is not a comment on your ability but on the amount of work others have already put in.

This is particularly true in the beginning when you won’t be able to afford to hire a designer.

So, look at the market leader and copy them

We realized early on that it’s better to choose a role model and just copy “standard” features. For instance, there’s little point in designing an “Added to cart” popup yourself.

So, when building a new feature that’s already common, select role models having the same interaction and whose user-base is similar.

The first version of the feature is bound to be generic. Therefore, copying an existing implementation gets you more than 80% of the way there.

You can pick different role models for different parts of the system.

For instance, we looked at Lazada when it came to checkout but Grab when designing loyalty.

The cart as an example 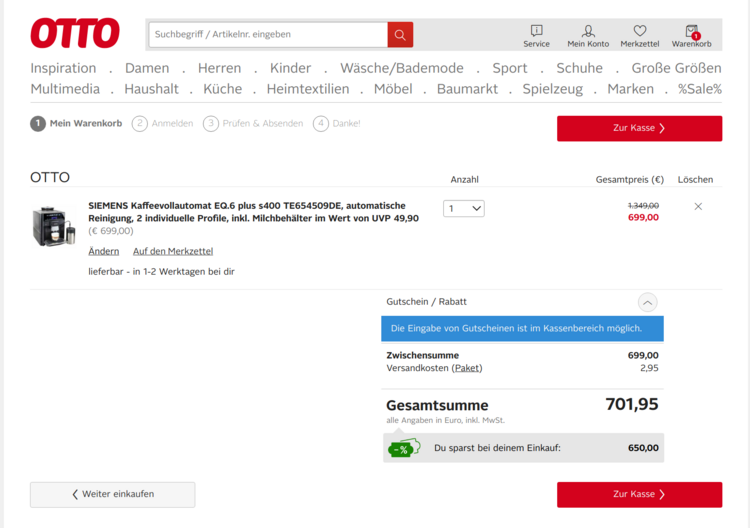 They’re the same. The structure is similar.

It’s a shortcut that looks familiar to your users

Showing the user an interface that looks like one they encountered before is a significant benefit.

Then customize for your niche

This method is effectively a shortcut for designing interactions that users already know. Instead, your focus should be on v2 that has the customizations for your niche and use case.

For instance, we had to add indications of whether the order meets the minimum value.

There are two potential pitfalls when doing this.

The second is taking the copying too far. The objective is to quickly build the first version. It’s not to copy as thoroughly as possible.

For instance, the role model might show related products. If you do not have a recommendation engine, it’s wiser to either skip it entirely or make a very simple version of it. It’s likely not worth the effort to invest in building a fully-fledged system just for this.

Similarly, do not copy something which needs a process to support. For instance, don’t copy the “pick up” option in the cart if you don’t have the process for it yet.

And there’s often no need to keep updating

Another thing to keep in mind is that you don’t need to update your designs to match your role model. You might periodically improve existing features, but don’t do it for the sake of keeping the design up to date.