It will be very helpful as a central store of operational knowledge that survives team changes.

There is information generated outside of your platform

Additional information about your business exists in chat, on post-its, or in emails. This information is almost invisible. It is not easily accessible (often not even to the person who made it) and very often is lost when someone leaves.

This information is still valuable, but you won’t know about it unless you were there for the discussion.

For instance, your team might do things that seem like mistakes but are the results of a discussion you didn’t attend.

Users might ask for over Whatsapp. At the same time, those messages are an indicator that a feature might not be working well.

But it’s inaccessible and easily disappears

And if this information isn’t accessible, you miss out on an important source of learning.

The only way to access it is by asking the person who created it. And they’ll rarely push this information. You’ll have to pull it.

It also easily disappears when people leave. You’re effectively losing the only way to access it when they do.

With this information lost, it also becomes more difficult to onboard new team members. Their training will be an overview of how things work.

So, you should add a simple commenting system for your admins

In Supplybunny, this started as a simple “admin notes” field. It contained additional info about suppliers, for instance, when they’re likely to be in the office.

But with a complete commenting feature, you can track additional information such as:

The key to implementing this well is to make it simple and accessible within context.

And making that information accessible within context is key

Comments should open in a popup, rather than a new page. The button should be present for every entry that supports it.

The popup shows a chronological list of comments along with the who and the when.

It would not include the discussion behind how to solve something, but the conclusions and the final decision.

The popup should also have links to related comments. For instance, the comments for order would have links to the supplier, buyer and the products.

Comments also provide additional information that’s relevant for a context exactly when they encounter it. 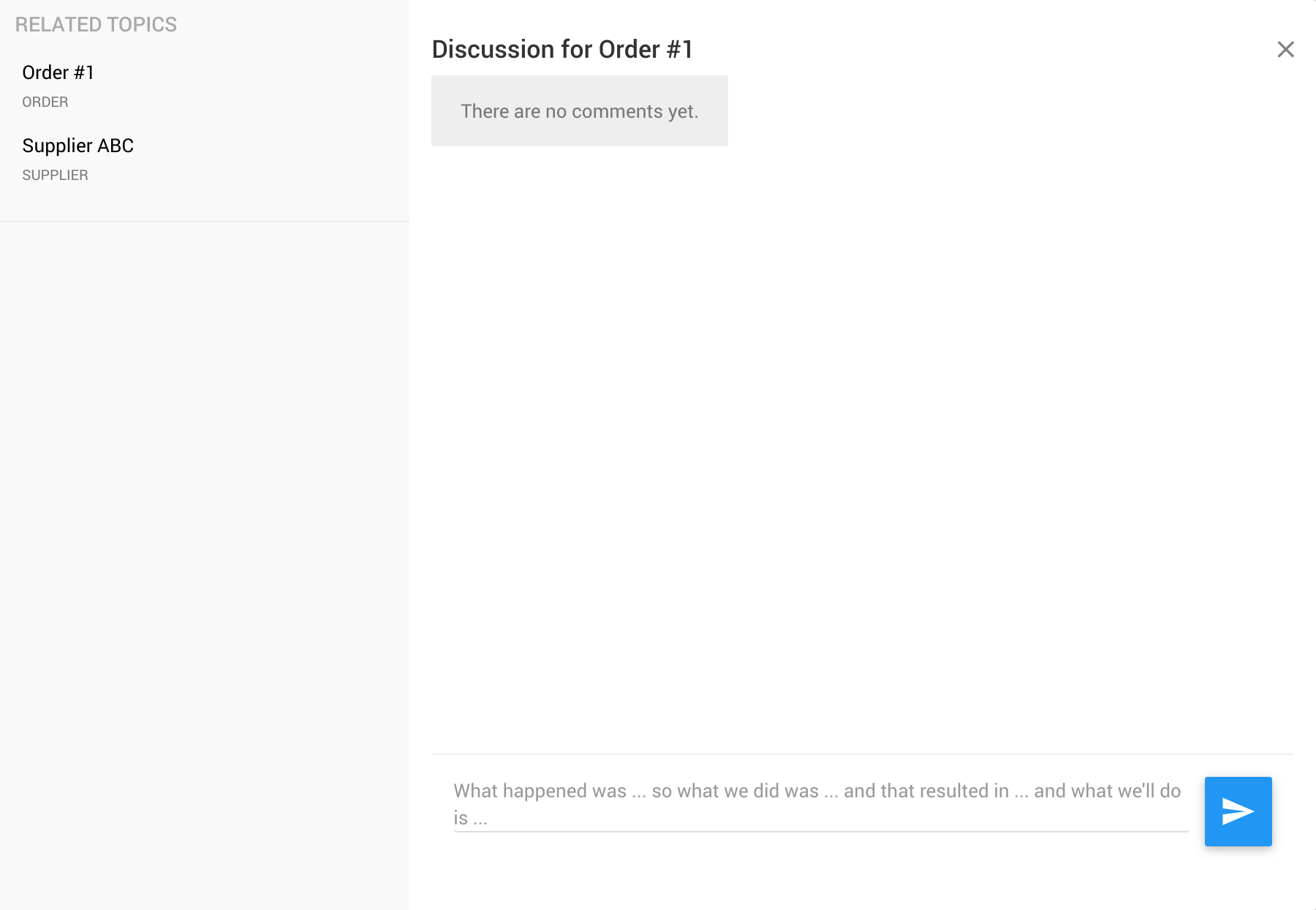 The comment box can have a template comment. It includes the TL;DR version and details such as the context, the issue is, the solution and the reasoning behind it.

It’s also useful if the comments can be archived. That would hide them from the main list when they’re no longer relevant.

I suspect it might also be useful to have categories such as “Problem”, “Note”, “Insight”, but haven’t tried that.

And the implementation cost is low

Technically it’s simple to implement, simpler than integrating with a CRM. It also provides on-demand context, rather than having to integrate or open an external tool.

The complexity here is enforcement to make sure it is used. Creating a habit for people to enter the new things they learnt is where the real effort is.

It might be a good idea to nudge for comments when some actions are done. For example, automatically opening the comment box after a merchant profile is changed asking for an explanation.