It's a pre-requisite in some cases, a nice to have in others, but it also gives you better bang for your buck when it comes to hosting.

Web applications run on the server

In the early phases, everything runs on the main thread of the application.

But some things are not serving the clients

But processing on the main thread blocks it and means you cannot serve requests in the meantime. It quickly starts causing a poor user experience, and you’ll start implementing a background processing structure.

Emails are often the first thing to be moved to background processing.

Quite a few things, however, can be processed in the background. In fact, anything that doesn’t change the current user’s perception of the output can.

When the user places an order, for example, anything to do with the supplier can be processed in the background.

So, you should implement background job processing very early on

It’s wise to implement this pattern at the start. If it’s easy to use and robust enough, considering whether to use it would become a regular part of development.

Implementation is very similar across different tools. Most popular frameworks have extensions for background processing. For Rails, that means running Sidekiq or ActiveJob, among others.

The result is a structure where code can be executed outside of the main thread with minimal effort on the developers’ part.

Having a dashboard that shows the status, queue, errors, and retries is also very helpful. 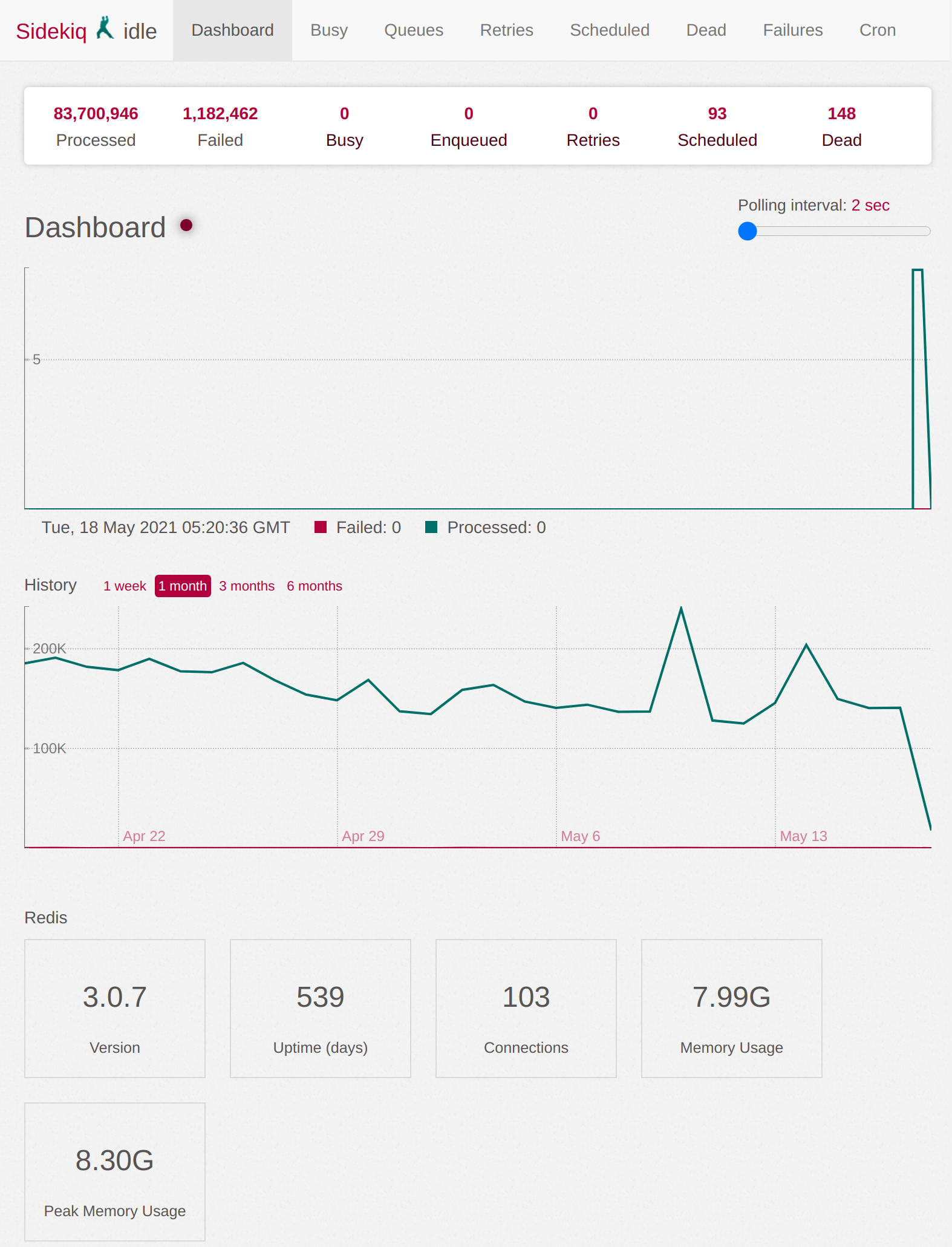 And during development, more frequently consider if something can be off-loaded to the queue

Things that must take place in the background thread include:

But things that can be done in the background, but might not be:

Use an error tracking tool as early as possible
Previous The more documentation you can generate automatically, the better
Next