Use an error tracking tool as early as possible

A central place where you can trace errors, track their progress and easily identify regressions becomes valuable very early on.

In the beginning, your teammates report errors directly to you. You might also have an email alert that triggers when the application raises an exception.

But with a slight increase in the number of reports, email becomes unsuitable

Reporting issues via email, or instant messaging, is acceptable while the team is small. As the size of the code and team increases, email becomes unsuitable.

So start using a tool early

Because the time spent adding email alerts or integrating proper error reporting is nearly identical, it’s advisable that you immediately implement a tool that tracks errors.

The choice doesn’t matter as much as long as you commit to using it.

For Supplybunny running on Rails, Rollbar worked pretty well. We also got very far with a free plan. 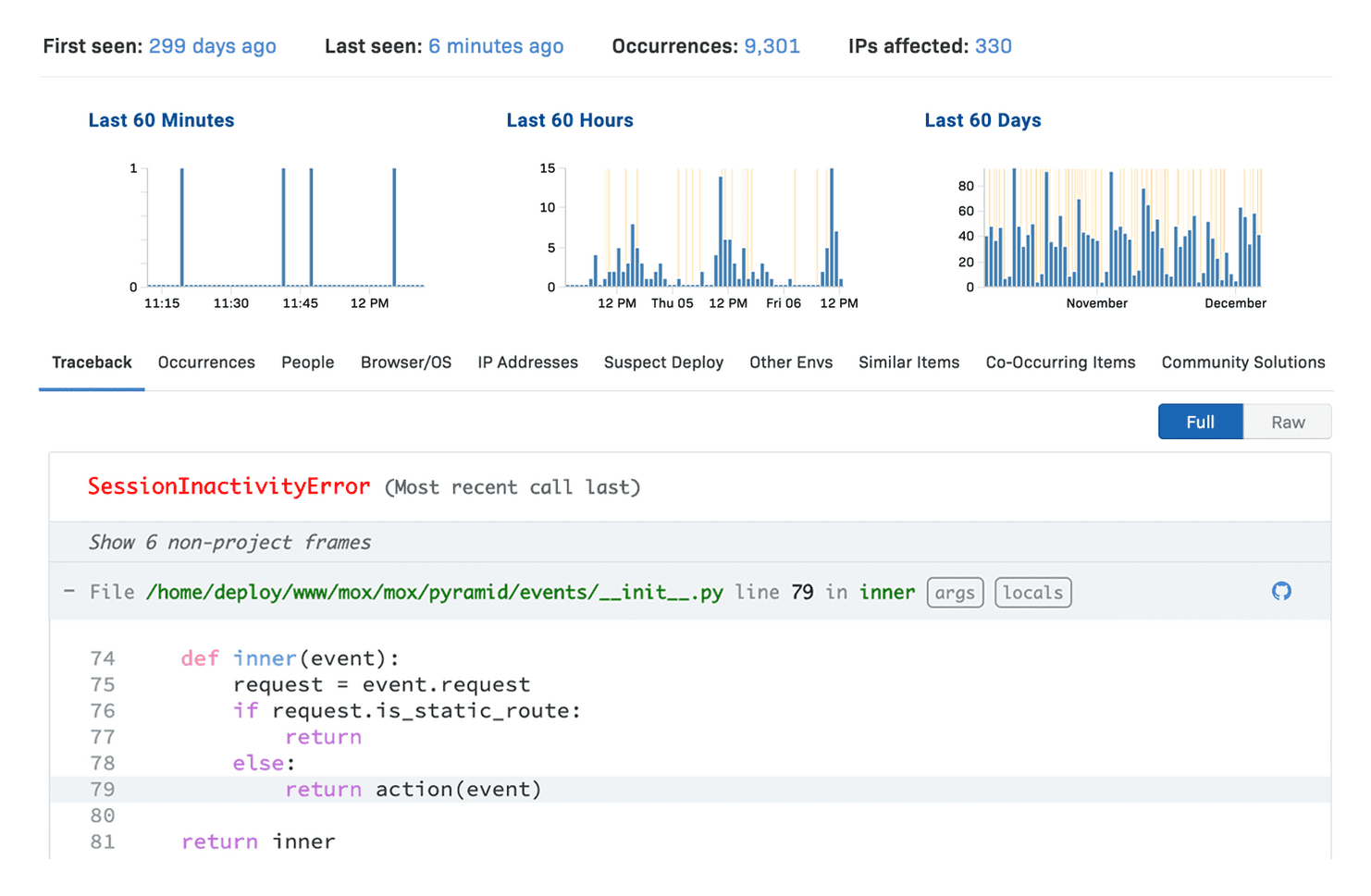 The main requirements you should look for in a tool are: